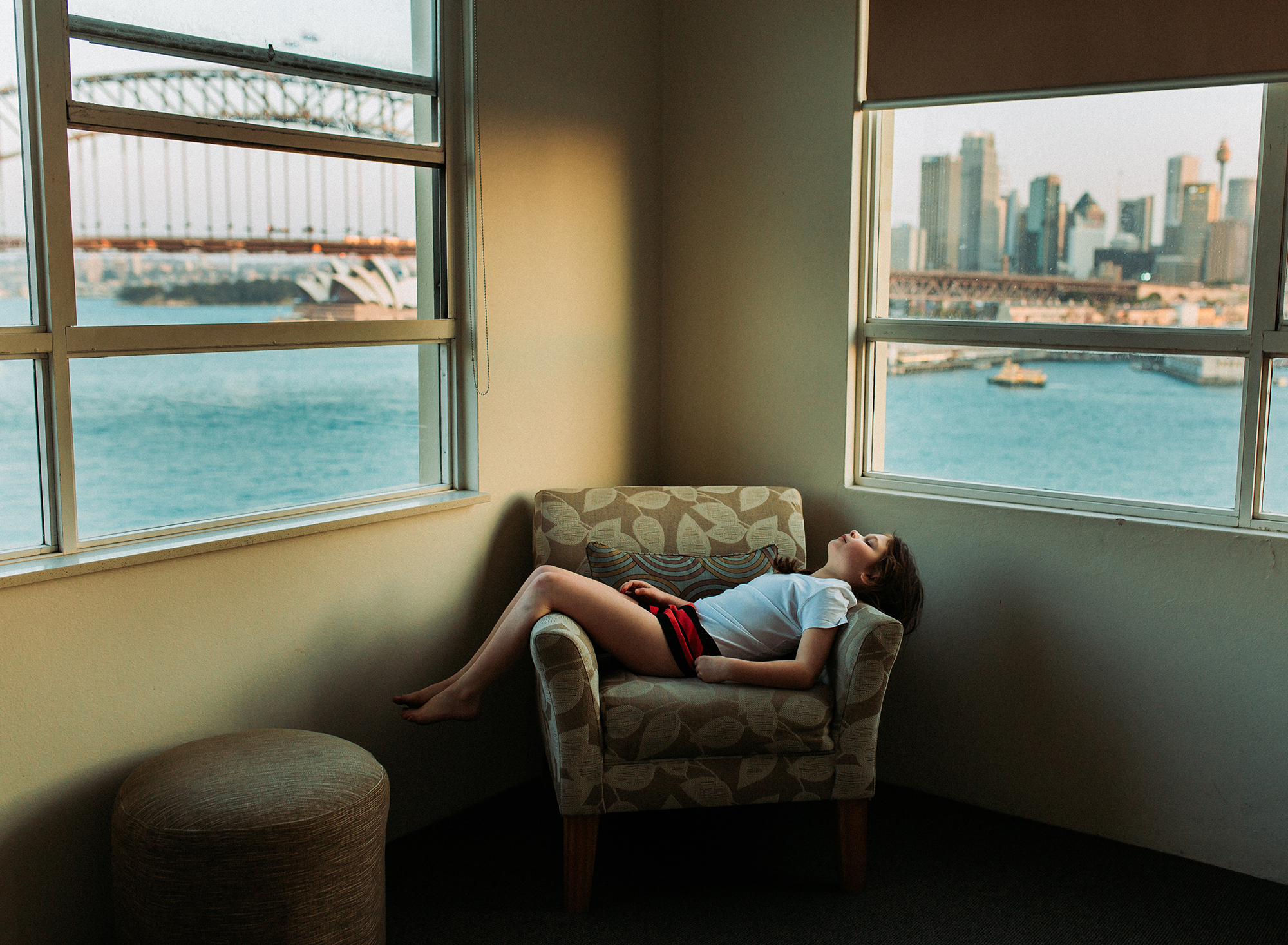 Posted at 12:28h in Uncategorized by Meaghan Paul

In February I was so excited to have discovered that I was listed as number 4 in the Top Ten of the Australian Photographer of the Year Awards, Pro Photo of the Year. I had taken this image on our trip to Sydney in September. We stayed in the Harbourside Apartments. The view was absolutely amazing. We could see the full view of the harbour bridge from our corner windows. At night this view was even more sensational. The lights of Luna Park shone across the water and twinkled and fizzed like stars in our windows.

During the day cruise ships sauntered past stirring within me the need for adventure and far horizons.

Ferries and sailboats created delightful patterns and darting movements across the harbour. At night they left a trail of light behind them.

I captured this image on our first evening. It was dusk and we hadn’t even seen the nightly offerings of these windows yet. But I loved the way the light and shadows dramatized themselves on the wall, and noticed that my daughter had draped herself across the couch (exhausted from a day of travel consisting of planes, trains, automobiles and ferries) in a shape rather like the bridge and opera house beyond her.

These windows were to capture my imagination. They also captured the imagination of my small girl. At night we could see the seagulls circling the bridge rather like stars or glitter. When we left for home we found a snow dome with the Harbour Bridge. My daughter sleeps with it by her bed and pretends she still has a view from her window of the Harbour Bridge, complete with circling seagulls.

Sydney really is a stunning city. She became my muse.

It was such a wonderful surprise to receive number 4 in the Pro Photo of Year. 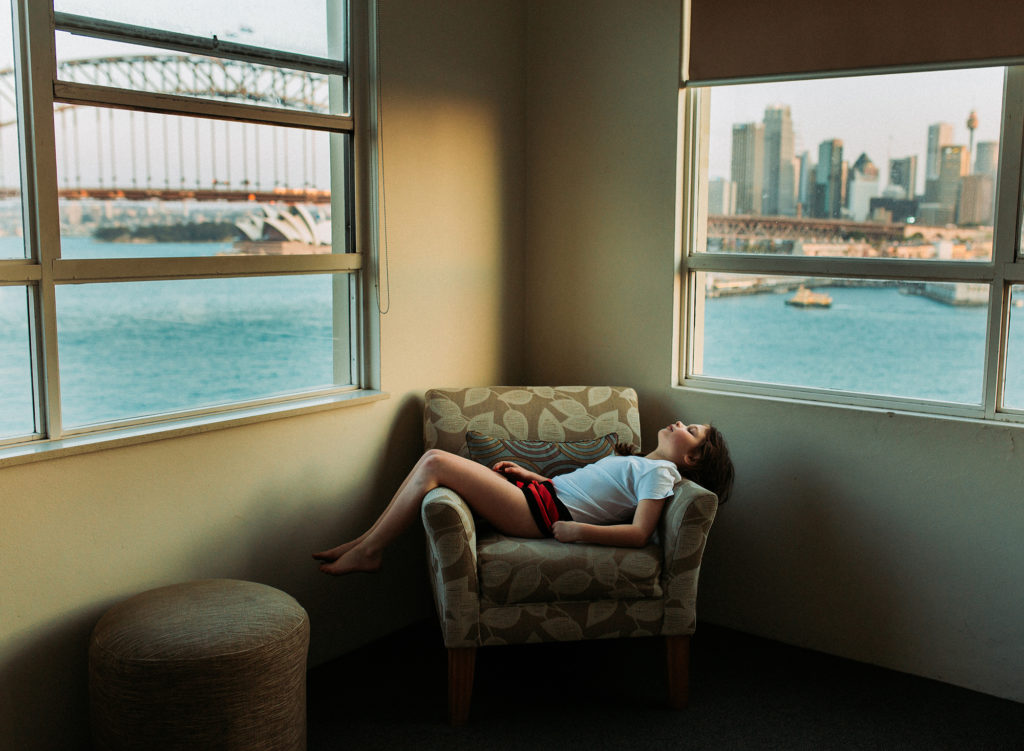 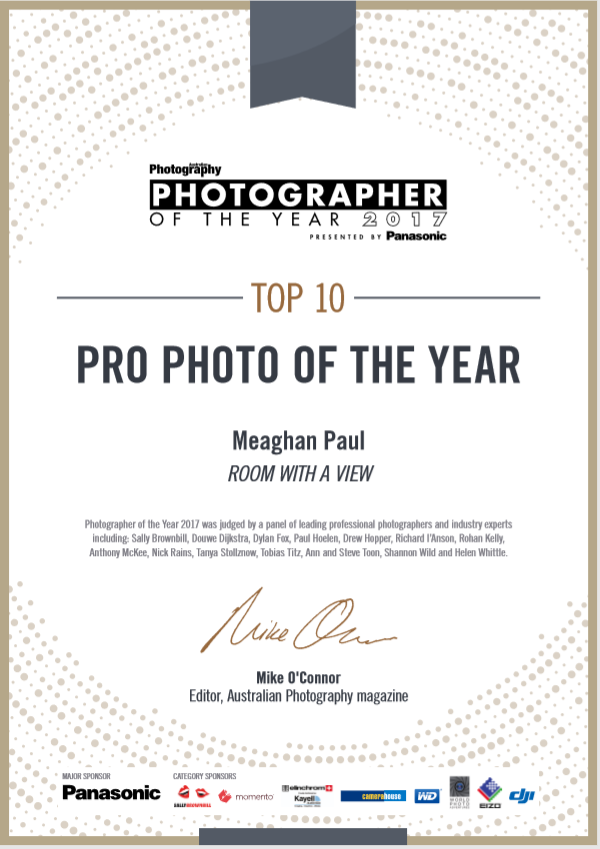